The expression of the enlarged sculptures stands in stark contrast to the hegemony of functional bodies of architecture. The giants of power, politicians and corporations, decide upon urban planning – hopefully in coincidence with the general public opinion. Sculptural Pavilion on the other hand is shaped by a benevolent child giant. It is a symbol of young people’s expression translated to a bigger scale. The video in Sculptural Pavilion is a visualisation of a ritual of transporting and placing the sculptures in the public realm, produced in separate workshops with the children.

The artists Jenny Berntsson and Felice Hapetzeder of Local A. started the work on Sculptural Pavilion in workshops with children from the Tarlabaşı neighbourhood in Istanbul in Turkey, Ristinummi outside Vaasa in Finland and Bro, a suburb of Stockholm in Sweden. The children created sculptures with starting points in the notions of Shelter and Stage. Shelter represents the necessity for a safe position, a space to live and grow in. Stage denotes the need for platforms as possibilities to develop personal interests, treats and abilities and make one’s voice heard. 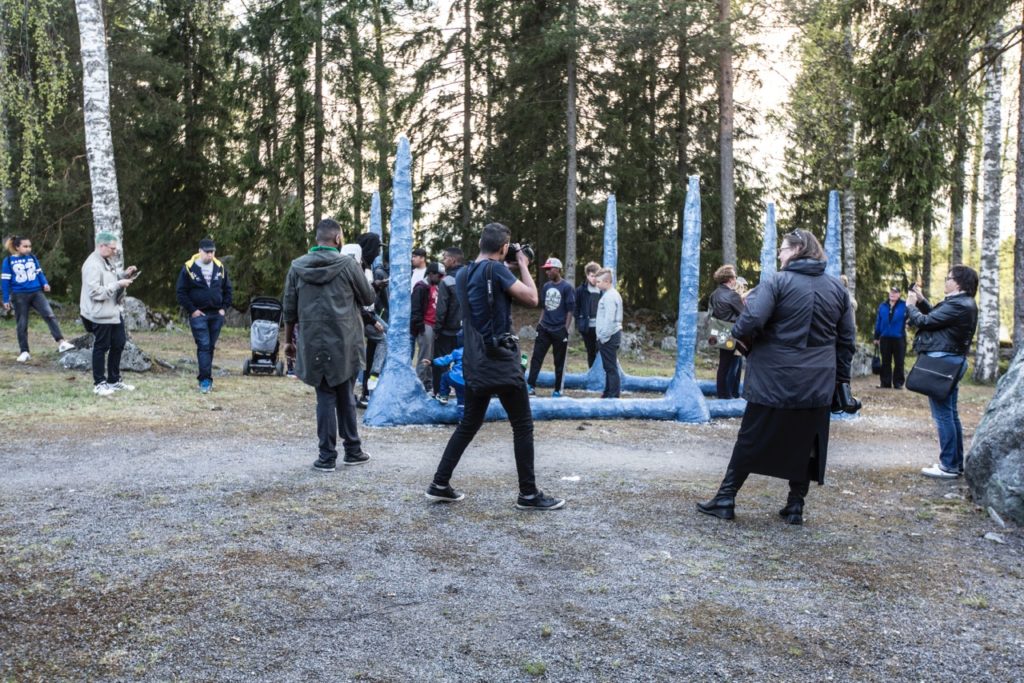 The Sculptural Pavillion project was part of program for the first triennial of the community arts in Finland.